People with food intolerances may use portable kits to check for allergens or food quality. How do they work? Are they reliable?

The most advanced kits for people with food allergies are produced by an American company, Nima, which markets a kit for detecting gluten and one for peanuts. The kit consists of a trapezoidal reader, compact in size so that it can be easily carried in a handbag or case. The food to be examined is placed into the capsules supplied with the reader. Then the capsules are introduced into the reader and in a short time the response is obtained through a frontal display or, alternatively, through an iOS and Android app. 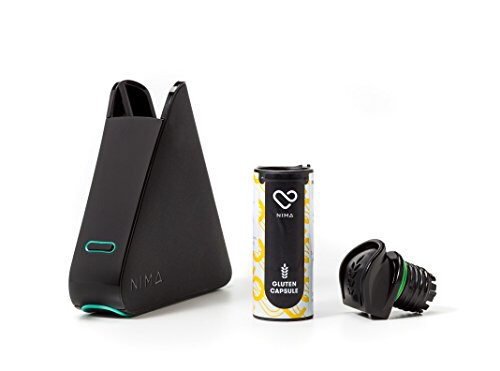 The gluten starter kit is marketed in the US for $198 and includes 12 capsules. The additional capsules, in a 12-pack, cost $79. However, the capsules have a rather tight deadline, only five months.

TellSpec is a crowdfunded – financed portable sensor created by the homonymous startup based in Toronto. Developed by entrepreneur Isabel Hoffman and York University mathematics professor Stephen Watson, TellSpec is a raman spectrometer (the same technology used to detect cancer in blood samples) that uses an algorithm to search for allergens, chemicals, nutrients, calories and ingredients in food.

Similar to TellSpec is SCiO, another portable molecular sensor that has recently successfully completed a crowdfunding campaign. Just like TellSpec, SCiO uses spectrometry to measure the “molecular footprint” of an object, which is illuminated with infrared light that stimulates the molecules and then records their reactions. 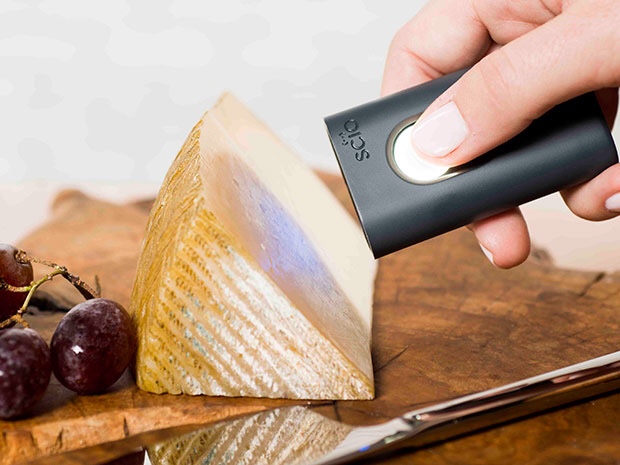 Developed by Israeli startup Consumer Physics, the device is the size of a USB stick and comes with a proprietary application that sends the nutritional information obtained to the user’s smartphone. In addition to food and groceries, the device is also capable of analyzing drugs, vitamins and plants to verify if they are safe for consumption.
SCiO end user version costs $299. An SDK development kit and a liquid measuring accessory are available to developers.

None of these devices, which can be used in the medical field, have an FDA certification. But how reliable are they?

Nima declares for its gluten sensor an accuracy of 99.5% in detecting a concentration of 20 parts per million. However, an independent study found a much lower percentage of 79.5%, which means that in one over five cases the sensor does not detect gluten in this concentration.

There are also many concerns about the accuracy of the portable spectrometers and in fact, users’ comments reveal a certain dissatisfaction. If the sensors addressed to people with food allergies have a specific objective and a great utility, if reliable, different is the matter for the portable spectrometers, since their utilization can range between people simply interested in understanding the food ingredients to the do-it-yourself chemistries.