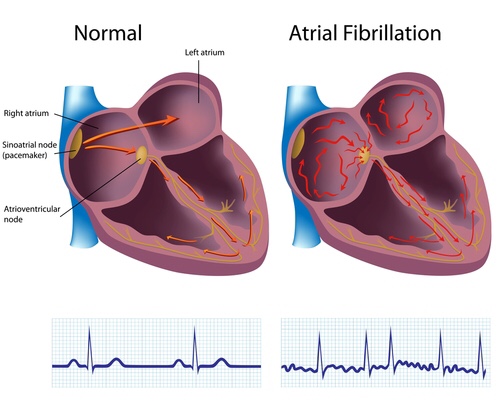 During the last weekend, at the American College of Cardiology’s annual meeting, Stanford Medicine researchers presented the results of the Apple Heart Study, which explored the performance of the Apple Watch’s heart rate sensor and an accompanying algorithm in detecting potential arrhythmias.

Funded by Apple and launched back in 2017, the research project enrolled 419,297 Apple Watch and iPhone owners. Among these users, 2,161 (roughly 0.5 percent) received a notification of an irregular pulse. These alerts occurred less frequently among participants under 40 (0.16 percent alert rate) and most frequently among those older than 65 (greater than 3 percent alert rate).

The study predicted that if a patient received a notification of suspected arrhythmia, they would be invited to a remote consultation with American Well, a telemedicine service provider. This, following the interview, determine whether or not to mail BioTelemetry’s seven-day ECG monitoring patch to the participant. These patches were sent to 658 participants and returned by 450.

By comparing simultaneous Apple Watch and ECG patch readings collected from these 450 users, the researchers found a 71 percent positive predictive value (positive tachogram reading) for the algorithm. In 84 percent of these cases, users who received a notification were also experiencing atrial fibrillation at the time of the alert. In addition, 34 percent of participants whose initial notification prompted an ECG patch delivery were later identified with atrial fibrillation.

This value, which may seem low, is not because atrial fibrillation, especially in the early stages of the disease, can come and go, so not be discovered in subsequent monitoring via ECG. In other words, the result does not mean that 66 percent of users did not have this disease but that it was not present during the ECG, diagnosed atrial fibrillation.

Of note, the Apple Heart Study did not reach its enrolment goals of 500,000 total participants, and 75,000 aged 65 years or older; relied on self-reported user data; and did not include comparison to a control population.

This is just the first study on the subject. The University of Michigan announced last week that it would be launching a three-year investigation of the smartwatch’s role in collecting predictive health data. Apple has other collaboration agreements, such as the one with Johnson & Johnson with whom it will participate in a randomized and controlled clinical trial.