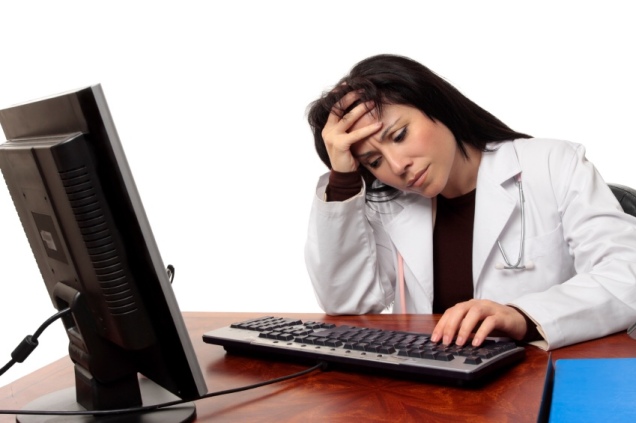 An interesting article in MedCityNews, investigates the relationship between electronic medical records and physician exhaustion. The conclusions are fascinating.

The topic has been the subject of several studies that can be found on the Internet. The latest one, not yet available but of which the editorial staff of MedCityNews had a preview, is being prepared by KLAS, an American company specializing in market analysis.

Researchers interviewed more than 6,800 physicians asking them if and how much the electronic health record (EHR) affects their stress. Well, after the time spent on bureaucratic tasks, the EMR ranks second with 47%. 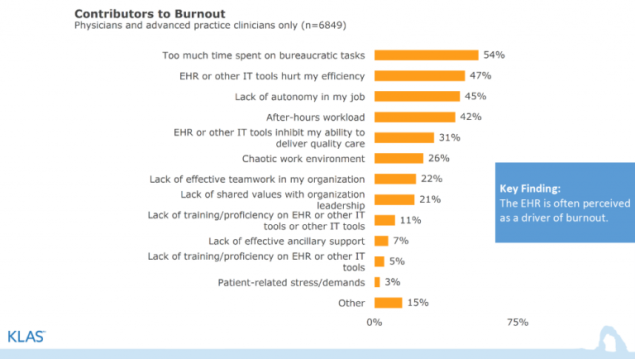 However, there is a low correlation between the level of exhaustion and the degree of satisfaction of EMR users, as stress is caused by many factors.

The article then reports other research on the same subject. A study by the University of Notre Dame examined the link between EMRs and doctors leaving the medical field. The study found that basic EMRs increased doctors’ stay in hospitals, while advanced EMRs (those managing electronic orders or clinical documentation) induced doctors to move to other hospitals. The researchers found no evidence of retirement as a result of the EMR implementation.

But other researches have shown that electronic health records have a negative impact on doctors. Research published in Mayo Clinic Proceedings in 2016 concluded that “physicians’ satisfaction with their EMRs and CPOEs [computerized physician order entry] was generally low. Doctors who used EMR and CPOE were less satisfied with the amount of time spent on office tasks and were at higher risk of professional burnout”.

As part of a study published in 2018 in the Journal of the American Medical Informatics Association, researchers interviewed 1,792 doctors practicing in Rhode Island in 2017. 91 percent of respondents were EMR users. Of these individuals, 70 percent reported to be stressed by IT. In addition, 26 percent of respondents reported feelings of burnout.

All the data emerging from this research are difficult to read and often contradictory. Since it seem to be no correlation between satisfaction and exhaustion, nor between this and the level of EMR implementation – the study by the University of Notre Dame indicates that the more complete the EMR, the more stressful it is – it is thought that the underlying reason for these feelings is that clinicians do not perceive the EMR as their working tool. In other words, using the ERM is not a time or activity for doctors but a bureaucratic or administrative task.

This is supported by the way in which time spent with the ERM is counted in studies of varying degrees, for example, aimed at understanding how doctors spend their time and how to regain efficiency (lean management).

All this should stimulate, both from the suppliers of these solutions and from the management of the healthcare companies, a deep reflection on modalities and objectives of the clinical record informatisation. We must also work on training the future doctors by giving greater importance to digital health, presenting it as an integral part of the medical profession.