Falls and unstable balance are among the most serious clinical problems of the elderly and cause high rates of mortality and morbidity.

In the United States, about three quarters of all deaths for accidental falls occur among the over-65s (who make up only 13% of the population). Of the elderly hospitalized after a fall, only half survive more than a year.

A 2006 study, for example, described the falls epidemiology of the elderly in different contexts, with rates considerably varying in relation to the context where the elderly live. Although most of these falls do not cause major injuries, about 5% cause a fracture or require hospitalization. Fall rates and associated complications significantly increase with age and double in people over 75.

Sensors, such as accelerometers and gyroscopes, capable of detecting a fall have been available for many years and have been used in bracelets or remote controls to wear around the neck. 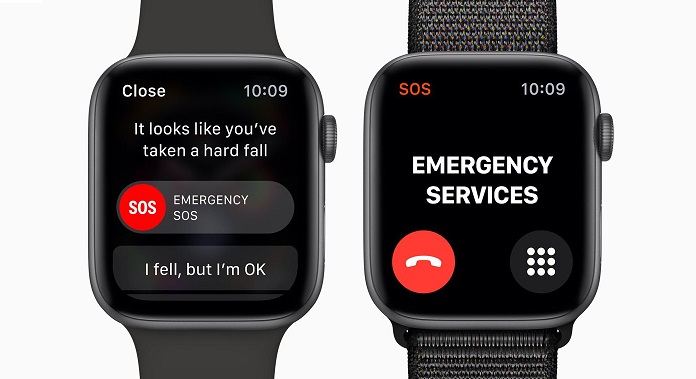 Few days ago, the Norwegian NRK site told the story of a 67-year-old man, Torald Ostvang, who fell at night in his bathroom and remained bloody and unconscious on the floor; he was saved thanks to his Apple Watch Series 4 which alerted his emergency contacts who called for help. The man suffered several skull fractures and probably would not have survived the night if the emergency services had not been called in time.

CNBC has revealed that Verily (formerly Google Life Science) wants to build a smart shoe able to  monitor weight and falls. Shoes of this type are already produced by E-VONE, a French company that markets 26 models, all with sensors to detect falls.

In addition to bracelets, remote controls, smartwatches and shoes, we could not miss the belts, as we told in an article appeared in this blog, where we presented the smart belt of Welt, a Korean start up.

But if you want to protect as well as detect, here is the Helite airbag belt, marketed at $ 800, which softens the falls thanks to inflatable cushions, as well as the Israeli HipHope aribag.

Of course, both are a bit uncomfortable and cumbersome, but they protect people from the effects that falls can cause.

Since many accidents happen in the bathroom, the American Walabot realized Home, an automatic fall detector that is installed on the bathroom wall, able to send an alert if a person loses balance and ends up on the ground.

Compared to the other devices, this solution works independently, even if not dressed.